What is Prepping? • Prepare With Foresight

Over the last several years, there’s been a resurgence of interest in survival and disaster preparedness (prepping). Those who have become part of this movement are often known as “preppers”, and they have forsaken what is considered to be a normal lifestyle for one that is centred on being prepared to face and overcome a disaster. You have probably heard about these people stockpiling groceries, building underground bunkers and making plans to “bug out” if a disaster strikes.

If you have seen some of the television programs about preppers, you probably think you know all about these people. However, in reality, these programs are often inventions of Hollywood. While the people who are on the show are probably real preppers, the ones they show have been selected for their entertainment value, and not always to give an accurate picture of prepping or to show anyone else how to do it.

Regardless of the perception that is created by these television shows, prepping is not a new concept, although the name “prepper” is. Throughout the vast majority of human history, most people could have been called preppers. Each year, they prepared to survive natural disasters, especially to survive the harsh months of winter. That alone was a monumental survival challenge.

Without our modern conveniences, our infrastructure, and the vast supply systems that keep our stores stocked with everything from soup to tools, we would be right back in the times of our ancestors, trying to stockpile enough food and firewood to ensure our survival through the next winter.

However, what would happen to us, if something happened to the infrastructure and the supply chain? How could the average person survive, without being able to get their food from the grocery store, their fuel from a gas station and materials to repair their homes from a neighborhood hardware store? The truth is, most of us could not.

Along with all the conveniences that have made modern life so comfortable has come a change in who we are. No longer does the average person understand how to butcher a hog or grow their own corn. Few have any idea how to find clean drinking water or how to make the water they find clean. The blacksmith of old and the horses he shod have were replaced by cars and trucks that speed by so fast, we hardly see the country around us.

But the infrastructure that supports modern life is fragile. Anything from a natural disaster to war can break it all down. When that happens, how will people survive? Larger disasters, like a major solar storm, could take down our power grid, leaving us in the dark without any of these conveniences.

Preppers and survivalists are nothing more than people who have decided that they will not become victims. Whether it be a hurricane that destroys their town and cuts off supplies; or the work of a terrorist group taking down the electricity grid, they have decided that they will be ready to survive. They will not wait for the government to bail them out; they will take care of themselves and their families.

Part of this interest in survival has come from a lack of trust in modern governments. While there are people who are willing to depend on the government for every need in their lives, there are others who want nothing more than for the government to leave them alone. They think the biggest lie in history is, “I am from the government, and I am here to help.” By and large, preppers fall into this group. They would rather trust in their own two hands than to trust the government to take care of them.

While governments exist to look after their citizens, there are practical limits to what they can do. Beyond that point, we step into socialism and communism, where the people are the property of the government and the government is taking more than they are giving back. Parts of the world is swinging that way, and most preppers do not want to be part of it.

What is prepping about?

So, what do preppers do? They stockpile food and other supplies that they would need to have in a time of emergency. They learn skills which would help them survive. They find the old ways of doing things, reviving what has often become lost art. They make plans on what they would do in an emergency. But more than anything, they develop an attitude of self-sufficiency, an essential ingredient to survival.

None of us knows what the future holds. We cannot look into a crystal ball and see every problem that’s coming our way. There is no time machine that we can use to find out what’s going to happen. We have to live each day as it comes, dealing with the problems of that day and doing our best to make it through. It is always easier to do that when we are prepared.

It does not matter if we are talking about losing a job, facing a natural disaster, having our home burn down, being confronted by a robber or being in a vehicular accident; preparation increases our chance of survival. The man who has studied martial arts can face the thief with confidence. The woman who has studied medicine can save the life of someone in a car accident. One who has food and supplies on hand can survive the power being out, even when others around them are starving.

That is what prepping is about. At the end of it all, it is about survival. Yes, preppers talk about major disasters that can occur. What they call “The end of the world as we know it” events, or “TEOTWAWKI.” That does not necessarily mean an asteroid striking the earth or an electro-magnetic pulse (EMP) taking down the electrical grid. Hurricane Katrina was a TEOTWAWKI event for those living in New Orleans. While the city rebuilt and people’s lives went on; there are many whose lives today are much different than they were before that hurricane. For them, the world as they knew it ended and they are now living on the other side.

Prepping for the big and small

Part of the reason that preppers talk about major events, like an EMP or the Ebola epidemic of 2014, is that those events have the potential of being widespread disasters; that are hard to society to recover from. As such, they become an excellent framework for planning and preparing. A person who has prepared for an EMP is probably also ready for a hurricane. Preparing for an Ebola epidemic also prepares us for the Flu season.

While chances of these major disasters occurring are small, they do exist. In comparison, the likelihood of a regional or local disaster is much higher. Then there are the possibilities of a personal catastrophe, something that we all face at some time or another.

Prepping for the big things also prepares us for the little ones. Having a stockpile of food on hand might get you through a time when you have to keep your family in the house because a pandemic is sweeping through your city. At the same time, that stockpile of food can keep your family fed, when you lose your job and have trouble finding another. Disasters are disasters; they only differ in scope and appearance.

So no, preppers are not crazy people, running around with tin foil hats on. They just might be the sanest people around us. Clearly, they are not crazy enough to blindly follow political leaders and believe the lies they are told. Nor are they stupid enough to think that we live in a utopian society, where nothing will go wrong. They are some of the most rational people there are. Individuals who have accepted that life will not be a bed of roses, and have decided that when it is not, they will be ready to make the best of it. 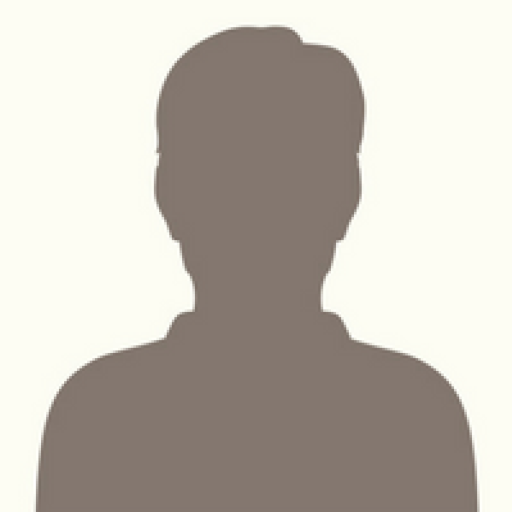 Doc Rich is a longtime survivalist, having gotten his start back in the Cold War. He is a former engineer and military officer, who adds the lessons he has learned in those fields to his survival studies. With over 40 years of survival experience, he now teaches others, in particular through the many articles and books he writes. His extensive writing has earned him an honorary doctoral degree.