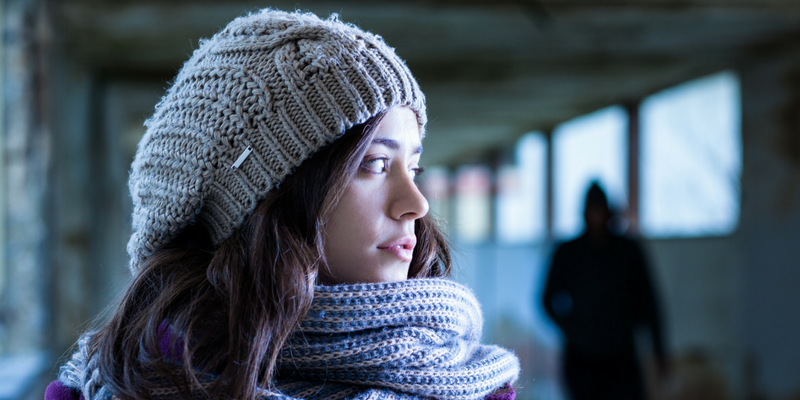 General James Mattis of the United States Marine Corps once said, “Engage your brain before you engage your weapon.” A weapon is only as good as the person carrying it. The mind itself is the best weapon we have. One of the key mental skills one can have is situational awareness. Situation awareness, sometimes simply called SA, is routinely taught as one of the most valuable skills a soldier or police officer can have. As a prepper, situational awareness is an invaluable tool to have.

What is situational awareness?

One of the best examples of situational awareness comes from the Jack Ryan series of films, specifically Patriot Games. In this film, Jack Ryan is being seen utilizing the world around him to spot a tail. He notices the man early on buying a newspaper and a vehicle following him. He continues to see the man and the vehicle as he walks down the street. This ends up saving his life as it was an attack and an ambush.

Situational awareness is basically human radar. We all set a normal baseline for behavior. If something triggers this baseline, we often react to it. The key is to pay attention to the world around you enough to notice those blips on the radar.

How can situational awareness benefit you?

Most of us aren’t dealing with Jack Ryan levels of assassination attempts. However, there are plenty of dangerous situations we can avoid through simple situational awareness. I live by the simple motto; I win every fight I avoid. This isn’t about tucking tail and running; it’s about simply avoiding danger. If someone is following me, I want to detect them as soon as possible.

In a survival situation, the level of violence will grow, and the chances of being attacked increase exponentially. In these situations, situational awareness can save your life. Just imagine the consequences of being involved in a violent situation. Even winning could leave you injured, in an environment where injury could mean death. Should you be forced into a violent confrontation, situational awareness could allow you to get the jump on a potential attacker, spot a tail, or just give you that precious few seconds to prepare yourself.

Situational awareness isn’t just about violent conflicts. It’s also about the ability to avoid certain specific dangers. This could be animal based, or your common everyday pitfall. I’m guilty of zoning out when on a long hike and have paid the price in rolled ankles and harsh falls. Luckily, these were recreational hikes, and it never permanently harmed me. It did put me out for a few days until the soreness went away. In a survival situation, a few days off my feet could be a serious, life-threatening situation.

How to build your situation awareness

So, we know what situational is, and how it can benefit you. How exactly do you build your situational awareness? Here are a few ways I use and teach to develop situation awareness based on my experiences.

Be on the lookout (BOLO)

BOLO, or be on the lookout, was something we commonly heard in the military. We get a description of a person or a vehicle we need to be on the lookout for. Commonly there was a distinctive feature we looked for. To use this drill, set your own BOLO every morning. Let’s say you are on the lookout for men in blue button down shirts. Throughout your day try and keep score of how many men in blue button down shirts you spot. You’ll find yourself observing everyone, just by looking for blue shirts. If you spend time on the road, you can play the same game with makes and models of cars.

Twenty years ago, we would have been talking about putting down the books and newspapers. These days we need to remember to put down our phones. I love my phone; it’s an awesome piece of technology that connects me to the entire world. At the same time, it can be a serious distraction. When you use it, don’t get sucked into it, remember the world around you.

Profiling gets a lot of attention for being wrong, as well as racist and sexist. This isn’t always true, every creature profiles. If I’m swimming and see a fin cut across the water and I’m afraid it’s a shark, I’m technically profiling. I mean, it could be a dolphin. What’s important is not profiling on race, but on behavior. A guy in a suit and tie isn’t going to trigger my situational awareness as much as a scruffy person talking to himself regardless of any other external factors.

If you think something is wrong, something is dangerous, be it a person, an animal, or a situation; trust yourself. Trust your fear, and trust your instincts. If you are wrong, it’s unlikely you missed anything, if you are right… well, it could save your life.

By practicing these four disciplines, you can build a greater level of situational awareness, and this may just help you to stay alive.

Situational Awareness: Ready to learn more about situational awareness? In this book, a leading expert on violent behavior shows you how to spot even subtle signs of danger. Or consider this book to learn how to increase your sensitivity to threats before they happen.

Travis Pike is a former Marine Machine gunner who served with 2nd Bn 2nd Marines for 5 years. He deployed in 2009 to Afghanistan and again in 2011 with the 22nd MEU(SOC) during a record-setting 11 months at sea. He’s trained with the Romanian Army, the Spanish Marines, the Emirate Marines and the Afghan National Army. He serves as an NRA certified pistol instructor and teaches concealed carry classes.