Learn How to Hunt: An Introduction to Hunting, Game Species and Ammunition • Prepare With Foresight 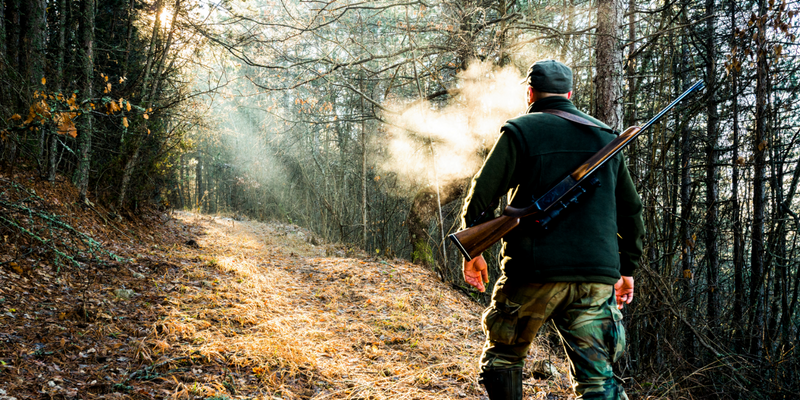 Learn How to Hunt: An Introduction to Hunting, Game Species and Ammunition

You might wonder why it is important to learn how to hunt? The short answer is that, from a survival point of view, knowing how to hunt will enable you to find food from the environment around you. However, the truth is, in some communities, very few people learn how to hunt.

Statistics from industrialized countries around the world show that most people prefer to live in cities these days. This is generally due to the wider availability of jobs and easy access to modern conveniences such as electricity, gasoline, and grocery stores. However, many events over the last few years such as the nuclear disaster in Japan, Hurricane Katrina in the U.S., and the Indian Ocean tsunami have also exemplified most people’s dependence on modern conveniences, as well as their lack of alternatives in the face of such disasters.

This same dependence on modern conveniences has also led to a sharp decline in the number of skilled hunters among such populations. Many people who live in cities consider hunting to be a primitive and archaic pursuit. They, therefore, never learn how to hunt. However, the fact is that when disaster strikes, having the knowledge and skills necessary to hunt and successfully harvest various game species may very well mean the difference between survival and starvation.

This article is therefore meant to serve as an introduction to hunting for those who are not familiar with the sport. This article will explain the different classes of game animals based on their physical size, the different methods of hunting them, the different types of weapons commonly chosen by avid hunters, and a basic description of how to hunt some of the most common game species. The article is not a comprehensive guide to hunting but serves as an introduction to anyone who wants to learn how to hunt.

Learn how to hunt: Follow the thought process of a skilled hunter

Before we venture into a deeper discussion of the various aspects of hunting, it is helpful first to understand the thought process of a skilled hunter. Each decision a hunter makes affects all of the other aspects of the hunt. For instance, hunters commonly divide game species into small, medium, and large sizes, as well as those that walk and those that fly (some species such as Wild Turkeys do both). Given this, it is important to choose both the appropriate type of weapon as well as the appropriate ammunition for hunting any given game species. Therefore, when most experienced hunters contemplate a hunting trip, their first thought is to decide which particular game species they intend to hunt. They then choose the appropriate type of weapon for that particular game species. For instance:

The same is true when wingshooting because game birds also range from the very small to medium in size. For example:

Therefore, it is important that hunters not only choose the correct caliber rifle or the correct gauge shotgun for the game species they intend to hunt, but they also need to choose the correct ammunition as well. A basic knowledge of the different caliber of rifles or gauge of shotguns might be useful when you learn how to hunt.

It is also important to understand that while it is extremely difficult to wingshoot game species with any weapon other than a shotgun, hunters commonly choose to hunt four-legged game species with bows, handguns, shotguns, and rifles. Each type of weapon can be used effectively on such species depending on the size of the animal and the range at which the hunter will be shooting.

Both bows and shotguns are relatively close range weapons and can be used to effectively hunt game species as small as squirrels and as large as Whitetail and Mule Deer. This is provided that the appropriate draw weight, arrow, and broadhead combination (for bows), and the appropriate shotshell and pellet size (for shotguns) is chosen.

Handguns have a somewhat longer range than shotguns, and they are far more easily brought to bear when hunting in thick cover. Also, they are chambered for many different sized cartridges ranging from the diminutive .22 Long Rifle to the mighty .500 Smith & Wesson Magnum as well as numerous different rifle cartridges. Some hunters choose to use handguns instead of shotguns or rifles due to their ease of carrying, their manoeuvrability in tight quarters, and the greater challenge that hunting with a handgun presents.

By the same token, rifles are also available in many different calibres, and they too are chambered for a wide range of cartridges ranging from the .22 Long Rifle to the .700 Nitro Express. A hunter can thus choose a rifle that is appropriate for hunting any size game animal from squirrels to elephants. Based on the above, a basic knowledge of the different types of weapons and ammunition might be useful when you learn how to hunt.

Hunting method to use

Another consideration is the issue of which hunting method to use. For instance, hunters commonly divide hunting methods into four different types consisting of:

Ambush hunting is by far the most popular method because it involves setting up either a ground blind or a tree stand adjacent to a game trail or a waterhole and then waiting on the chosen game to appear. This type of hunting requires that a hunter is adept at finding and then recognizing, bedding areas, food sources, and water sources and the trails that connect them. This is required so that they can choose an appropriate ambush point. This method does not work with all game species since some game species do not have established bedding areas and food sources. Some hunters also lack the patience to sit quietly for hours on end hoping that their quarry will make an appearance.

Many hunters, therefore, prefer to employ the spot-and-stalk method which involves moving stealthily through the chosen game species’ preferred habitat while frequently stopping to scan said habitat in the hope of spotting their quarry before it spots them. Then, once the quarry is spotted, the hunter uses both terrain features and intervening foliage to hide his approach while he maneuvers into shooting range.

Also, there is another, but far less popular method of hunting called tracking. Tracking is mostly employed after the first snow fall. With tracking, the hunter wonders his chosen game species’ environment until he locates one or more sets of tracks, and then proceeds to follow those tracks until the animal is spotted. At that point, the hunter then reverts to the spot-and-stalk method.

Last, there is a fourth method of hunting that is most often combined with the ambush hunting method, but which also works with the spot-and-stalk method. This method involves the use of either food, curiosity, sexual attractants, rattling, and/or calling. With this method, a hunter chooses a favored food such as a salt block or corn; or a food block made from a combination of favored foods such as corn and molasses. There are also many different types of liquid and solid scent attractants. These are commonly divided into those that pique the animal’s curiosity, and those that trigger a sexual response to lure the chosen quarry to the hunter.

Furthermore, for those species that have antlers, both sheds and imitation antlers can be rattled together to attract the chosen game species during the appropriate time of year, while calls can serve the same purpose. In fact, the use of calls is quite common among hunters. Calls can be employed to lure a wide range of game species from various types of birds and squirrels to the various deer species, as well as both Wild Boar and Feral Hogs.

Last, but not least, to be successful, a hunter must understand his chosen game species’ preferred habitat as well as their habits. For instance, squirrels are Diurnal (daytime) feeders which tend to prefer to inhabit hardwood forest. They are therefore best hunted using the spot-and-stalk method. Rabbits are Crepuscular feeders which prefer to inhabit stands of extremely thick cover during the daylight hours, and only come out to feed during the early morning and late evening hours. However, they can be hunted during the day time by slowly stalking the edge of their bedding areas and frequently stopping to cause them to spook and break cover.

Whitetail Deer, on the other hand, can be either Diurnal, Crepuscular, or Nocturnal feeders depending on hunting pressure. Most hunters, therefore, hunt them using the ambush method by first locating their bedding areas and their food sources, and then the trails that they use to travel back and forth between the two. The hunter then set up either a ground blind or a tree stand on one of those trails. However, Whitetail Deer can also be effectively hunted by using bait such as corn, a food attractant block, or a salt block. Both liquid and solid scent attractants, rattling antlers, and calls can also be used to hunt Whitetail Deer.

Wild Turkeys are also a popular Diurnal woodland game species. They are best hunted by using a predator call to locate them in their chosen roost before dawn. The ambush method, combined with one of the various types of turkey calls and turkey decoy to lure the animal to the hunter, can be used after they come down from their roost sometime after dawn.

Wild Boar, on the other hand, tend to inhabit a wide range of habitats, and thus, both ambush hunting and spot-and-stalk hunting are popular methods of hunting them. This can be done by locating their favored bedding areas as well as their favored food sources and then setting up on the trails in between the two just like Whitetail Deer. They can also be hunted by stealthily roaming their habitat until either a sounder or a lone boar is spotted and then using the intervening terrain and foliage to approach them to within shooting distance.

There are also the various deer and goat species such as Mule Deer, Elk and Caribou that have a distinct preference for mixed woodland and open terrain. Antelope have a distinct preference for open prairie, and thus, they are best hunted using the spot-and-stalk method. An exception to this is when hunting in semi-arid habitats where ambushing them at watering holes, livestock ponds, and cattle troughs is a popular method.

Consequently, the type of habitat that a game animal chooses to inhabit combined with the range at which they are commonly harvested as well as their physical size are the criteria that experienced hunters commonly use to determine the appropriate weapon, ammunition, and method for hunting them. Having the basic knowledge of the habitat and behavior of animals is useful when you learn how to hunt.

A basic introduction to learn how to hunt

However, please note that this article is by no means a comprehensive guide to hunting since a detailed description of how to hunt each game species would require a book rather than a single article. This article is instead meant only to introduce the concept of hunting to those who want to learn how to hunt and to provide a starting point for those who wish to become hunters.

Bill Bernhardt is a professional editor and outdoor author who has written eight books (published on Amazon) and over 1,500 articles on various outdoor topics. He started camping at age three, hunting and fly fishing at age eight, and became fascinated with primitive skills at the same age. Bill is an expert on the subjects of firearms, reloading, hunting, fishing, archery, cutlery, wilderness survival, and herbal medicine. He also uses his hunting, fishing, and camping trips to practice his bushcraft.