Homesteading: The Lessons I Learned • Prepare With Foresight 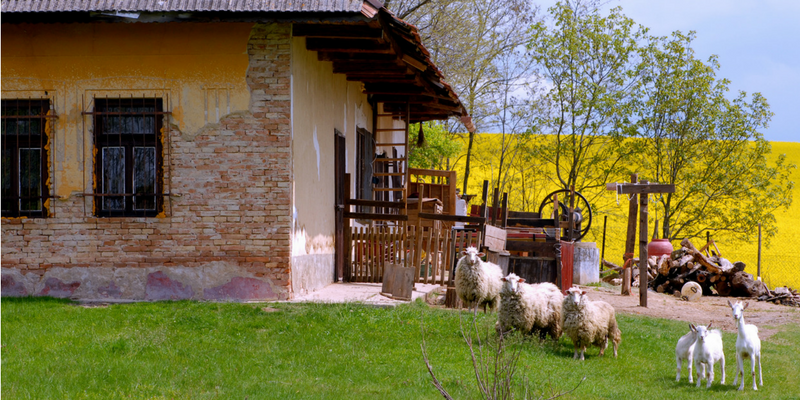 Homesteading: The Lessons I Learned

I started homesteading after I was laid off from my job. September 11 set off a chain reaction that hit our economy so bad that the company I worked for had to start laying people off. I was part of the third batch of layoffs and decided I could not depend on someone else to put food on my table again.

I was always a gardener, but only having 1/3 acre at the time, we had to become more efficient. The first thing we did was build a hoop house (similar to a greenhouse) to start growing our own plants. This saved us so much money on plants. Growing from seed made us able to plant more in succession. We also started selling spare plants which helped me get started since I was not working.

We had all sorts of challenges, but we overcame them one at a time. The first challenge we had was to improve our soil. We had bad soil, and it was infertile. After considering paying for fertilizers, I learned about permaculture and studied sustainability. Permaculture had to be the most inspiring idea I ever heard of regarding growing plants. It is funny how I was growing produce for years and never wondered why the soil in the forest is better without intervention than the soil that farms have. That changed how we grew and made us productive. I wish I would have found permaculture sooner.

Changing our mentality about how to live and becoming sustainable taught us how to overcome many barriers. We never seemed to have enough grocery money, but slowly, we began to go shopping less and less. We used to bicker from being bored, and that also gradually disappeared. I found that since my whole family was spending more time outside and working together, we became happier! Somehow, losing my job made life better. My wife was even able to go back and finish school to become a nurse.

Our Homesteading Challenges and Setbacks

The biggest setback we had while homesteading was becoming Boer goat breeders. I read that the big new thing in meat was going to be goat meat. Our adventure lasted three years, and by that time, we spent every penny we had on medication and hay for the goats. We could not find the market we needed because we were either too small or too large of a breeder for buyers. It was an expensive endeavor, and I wish someone would have told me not to do it. Luckily, we reset and started again where we left off.

Homesteading is a healthy lifestyle that can put you and your family on track. It will bring you closer together and make living more affordable. Some people may think that it is so much work, but I do not even see it as work. I see it as rewarding like nothing else that I have ever done.

We were renting a house from my family for years while we learned how to homestead. We struggled, but we struggled when I was working too. At least homesteading gave me the opportunity to start giving classes on homesteading, gave me the opportunity to write and even helped us to buy a much larger house with three times as much land! We have homeschooled three amazing daughters: 2 of which are straight A’s in college now. My youngest competes in dance and is in the top tier because we have the time to drive her to her competitions and practice. Homesteading bettered our lives and might better your life too. All you need to do is be inspired and roll up your sleeves!

Homesteading. Are you looking for more information on homesteading? Follow one of these links for books on how to make money homesteading, homesteading projects, and permaculture.

Richard Bogdanowicz is an agricultural specialist writer and homesteader. He enjoys writing on all aspects of sustainability, survival, prepping and farming.