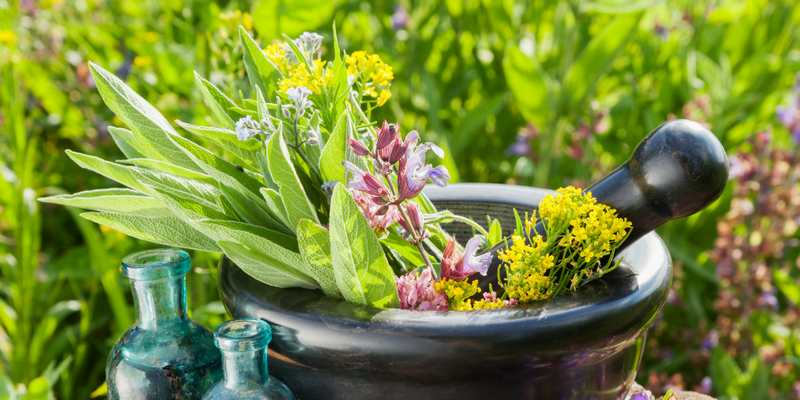 Events around the world in the last decade such as the economic collapse in Bosnia, Hurricane Katrina in the U.S., the Tsunami in the South Pacific, the earthquakes in Haiti, and the nuclear reactor disaster in Japan have clearly demonstrated the need for disaster preparedness. These events have clearly shown that when such a disaster does strike, municipal services such as water and electricity are often interrupted. Without electricity, businesses such as grocery stores and pharmacies are forced to close. Even if a person has the forethought to store fuel for transportation, many of life’s necessities such as food and medicine immediately become unavailable over a wide area. This is where herbal medicine can play a role.

Herbal Medicine as an Alternative

Fortunately for us, Mother Nature had thoughtfully provided for our medicinal needs. Added to this, experimentation and observation over thousands of years have enabled us to accumulate a large store of knowledge concerning what plants to use to alleviate many of medical issues. Therefore, a knowledge of herbal medicine is an essential part of any disaster preparedness plan.

Due to our dependency on convenient pharmaceutical medicine in most developed countries, herbal medicine is often viewed as a quaint and antiquated means of treating medical ailments, and most people are not familiar with its practice. However, the fact is that people around the world have been using various plants and parts of plants to treat their medical issues for thousands of years. And many of these plants have proven themselves to be amazingly effective.

In fact, the modern pharmaceutical medicine industry relies heavily on the practice of identifying what chemists believe is the active ingredient in these plants. These ingredients are extracted to enable companies to file for, and gain, a patent. This practice often ignores the fact that many medicinal plants have more than one active ingredient and, when consumed as a whole in the form of a tisane, a tincture, or an extract, the medical benefits of medicinal herbs are often far greater than those of a single, chemically extracted ingredient.

Because medicinal plants can be found growing naturally in their preferred environments, locating and gathering these plants requires nothing more than a bit of knowledge and time. Practitioners of herbal medicine cannot be held hostage by Big Pharma and their often exorbitant prices. Those with a knowledge of what plants to use for what ailments, where to find them, and how to prepare and store them will be both ready and able to treat themselves in the event of a disaster. They will not be forced to simply endure their ailments while waiting for help to arrive from outside the disaster area; which can take anywhere from days to months.

Furthermore, all medicinal plants can also be cultivated given the right environmental conditions. The can also be gathered, prepared, and stored before a disaster event and at little to no cost. This can provide a person with a fully stocked medicine cabinet without the exorbitant cost often associated pharmaceutical medicine.

What plants are most important to have on hand when a disaster strikes? Most people in developed countries have medicine cabinets which they stock with common medications. These can include aspirin for minor pain relief, antiseptics which they use to treat minor cuts and abrasions, ointments which they use to treat burns. Antihistamines such as Diphenhydramine are often used to treat Cold Symptoms, and antacids to treat indigestion. Others include bismuth suspensions which can be used to treat nausea and vomiting, and various syrups containing both Guaifenesin and Dextromethorphan to suppress coughs. However, the actions of each of these pharmaceutical medicines can often be duplicated by one or more herbal medicines.

For instance, one of the single most important herbs a person should keep on hand is called Echinacea. This particular herb is well known by herbal medicine practitioners to act as an immune system booster. By ingesting this herb as either a dried powder, a tisane, or a tincture, it serves as an aid to the Human body’s immune system. It can also be used to alleviate the symptom of both viral and topical infections such as Cold and Flu as well as cuts and abrasions.

Another invaluable herbal medicine to have on hand is Aloe Vera. In the event of a disaster, many people might be forced to heat their homes by burning wood in a metal wood stove. This can lead to the occasional burn. Burns are notorious for becoming infected, and left untreated, the resulting infection can result in gangrene which can cost a person a limb or even their life. However, by applying a little bit of the sap extruded from the Aloe Vera cactus, you can not only prevent a burn from becoming infected but you also rapidly increase the rate at which it heals. In addition to burns, cuts and abrasions are also prone to infection with the same result as buns.

You should also be aware that plants such as Wild Garlic and both Common and Great Burdock have antiseptic and antibiotic properties. They can both be prepared and applied topically as a compress, or prepared and ingested internally as a tisane or a tincture to combat infection. Like Aloe Vera, when combined with Echinacea, they become even more effective.

Symptoms of acid indigestion are invariably uncomfortable and can lead to the development of stomach ulcers if often experienced over an extended period. Ingesting a tisane or tincture made from the Wild Licorice plant can work wonders to ease these symptoms.

Also, like the symptoms of acid indigestion, a severe and persistent cough can be quite uncomfortable. Both tisanes and tinctures made from the Horehound shrub mixed with honey have been used for centuries by people around the world with amazing results.

There is also the issue of treating pain caused by injuries. For treating minor pain, the bark of the White Willow tree has been used for centuries because it contains a substance called Salicin. This substance is believed to oxidize in the bloodstream and liver to produce Salicylic Acid which is a natural form of aspirin. White Willow bark is therefore commonly ground to a fine powder and then ingested as either a tisane or a tincture to relieve pain.

While White Willow bark is often sufficient for alleviating minor pain, it is often not strong enough to reduce major pain such as that associated with a broken bone even when consumed in large quantities. Thus, to alleviate major pain, our ancestors used to make a concoction called Laudanum which is a combination of Opium harvested from the Papavar somniferum species of the Poppy flower (the only species that produces Opium) mixed with alcohol. Once the sap is harvested from the plant, it was either ingested orally by rolling it into small pellets which are easily swallowed, inhaling the vapours by gently heating the sap or by mixing with alcohol and swallowed.

So, as you can see, there is most definitely a place for herbal medicine in disaster preparedness. Various herbs needed to support both you and your family in the aftermath of a disaster can easily be cultivated, prepared and stored. It would, therefore, be foolish to ignore this free source of medicines that Mother Nature has so kindly provided for us.

Herbal Medicine in Disaster Preparedness: Do you want to know more about herbal medicine? Consider this beginner’s guide, field guide, or encyclopedia of herbal medicine.

Editor’s Note: As with any type of medication, natural health supplements and herbal medicine can sometimes have unexpected side effects or interactions with medication. These can lead to adverse reactions that are sometimes life threatening. Always consult with a qualified professional before taking any type of medicine.

Bill Bernhardt is a professional editor and outdoor author who has written eight books (published on Amazon) and over 1,500 articles on various outdoor topics. He started camping at age three, hunting and fly fishing at age eight, and became fascinated with primitive skills at the same age. Bill is an expert on the subjects of firearms, reloading, hunting, fishing, archery, cutlery, wilderness survival, and herbal medicine. He also uses his hunting, fishing, and camping trips to practice his bushcraft.